7 Reviews
Show More
Good stay, good people running the place, great location, friendly neighbors. I am normally in Montrose harbor on a mooring can, but rented the slip for the weekend for air and water show. I did get shoehorned into a 30' slip for my 33' while paying for the full freight for my length. It ended up being fine but tight getting in and hanging off the end. Docks were fairly dirty, some wort of green slime that got tracked all over the boat if wet (rained quite a bit), they definitely could use a power washing. The bathrooms are the main focus of this review, because they are horrible. From the beginning of the weekend, before the Air and Water show rush, they were overflowing and nasty. Toilet paper was empty and water was flowing under the doors of many rooms all weekend. I typically don't use the bathrooms or showers here, since I am on a can, but I can't even imagine having to take a shower here. You would end up dirtier than you started. I am not sure I fault the staff, it's just a poorly designed floating bathroom, which makes the task of cleaning a lot harder. A serious investment should be made in the bathrooms.
Excellent! Love the location! There was another boat in my assigned slip when I arrived, but after calling the harbor master, the situation was quickly resolved!
Pulled in to the dock and slip we had reserved, and it had a boat in it. The next slip over was empty, so we tied up there. I tried to contact the harbor office, but there was no answer. When the people in our slip showed up we found that this is common that someone from another harbor will get a call from a friend in Montrose with a number of slips that are open so they come in , Tie up, go to dinner, then leave. it was kind of funny that when the first boat left, there was another that pulled in based on a similar contact. not a big deal, as we were able to stay in the next slip. Shower and bathroom facilities were less than pleasant. based on the price paid versus the price we have paid at other harbors all the way to Michigan, it was not that good of a value.
Lots of garbage in the water. Toilet and shower facilities need repair and updating. Slip assigned was on “party pier”, crowded and not convenient. WiFi not available. Overpriced for what you get! The location is very good, a few steps from the Montrose beach and the beach restaurant.
There for air and water show. great fun. As i have said before, i love the location but not the best amenities
Effortless seemless peaceful excellent dock location
Overall the service was great. We got our assignment and docked with no trouble at all. Our only concern was that the gate on the K pier was left open several times and did not close automatically. I think the closing mechanism needs to be oiled. The other complaint was that the Yacht Club played loud music outside until 1am making it hard to get to sleep early. We would probably reserve a spot here again, but choose a pier further away.

We’re happy to announce that the Chicago Harbors are open. During this unprecedented time, please keep in mind the following policies will be in place for the health of safety of our customers, staff, and the greater Chicago public. Learn More Here

About Montrose Harbor, the Chicago Harbors

Montrose Harbor is located on the northern edge of Lincoln Park, a short walk from Montrose Beach. With a great neighborhood feel, Montrose offers outstanding northern views of the skyline, a strong dinghy fleet, and friendly boaters that call the harbor home. Easy access to parks and beaches along with its location that straddles Lincoln Park, Lakeview, and Wrigleyville make it a favorite amongst families. Home to the Corinthian Yacht Club, the harbor has 711 slips, mooring cans, and star docks that can accommodate boats from 25’-50’ in length.

Transient docking is available; please call the harbor directly for reservations any time after May 15. Waste Pump-out equipment is provided on a no-charge basis. The harbor monitors channels 9 and 16 and the switch to/working channel is 71. Reservations cannot be requested more than 21 days in advance of arrival. 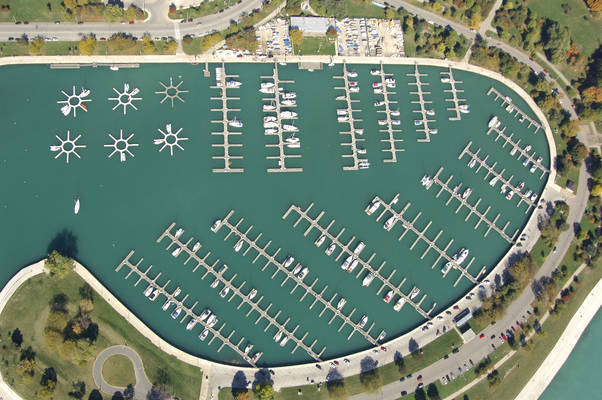 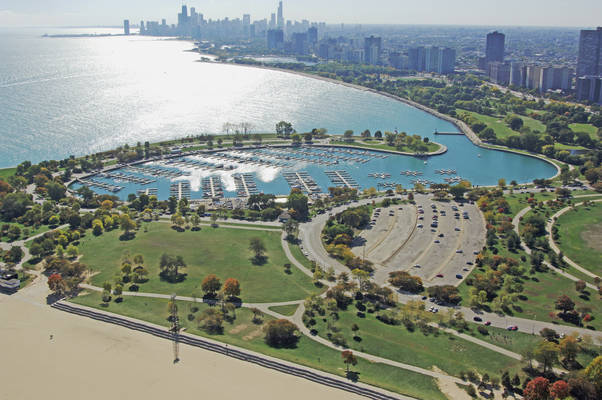 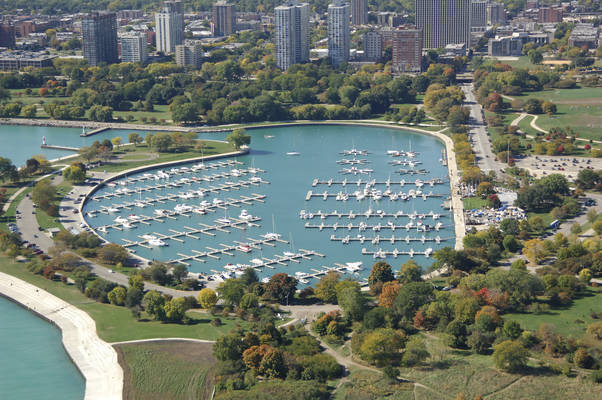 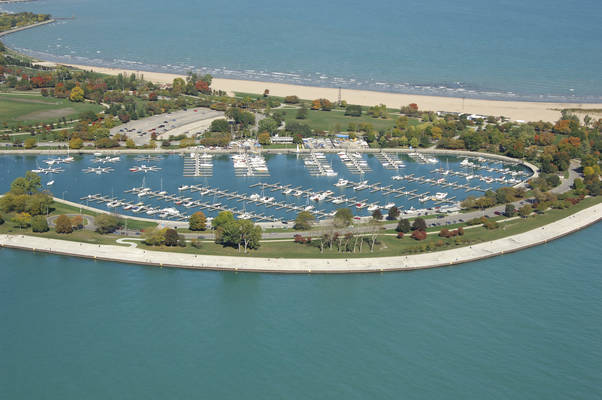 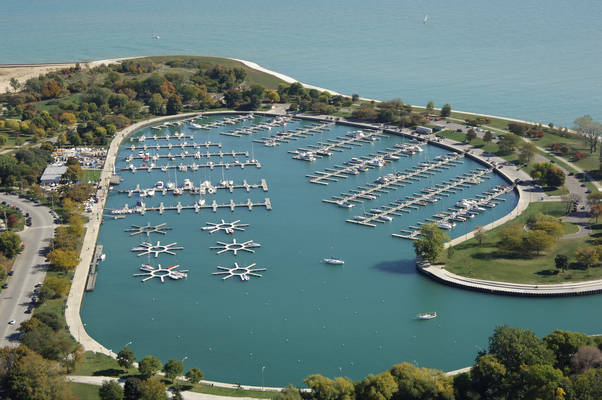 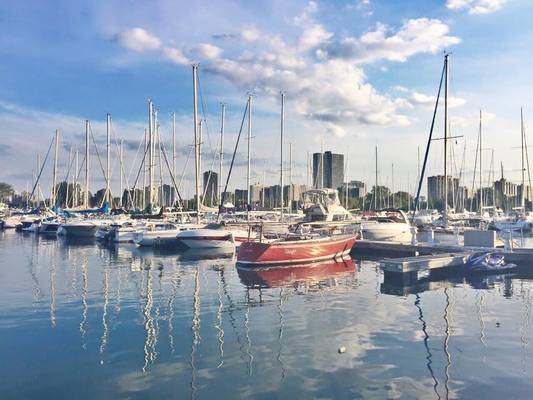 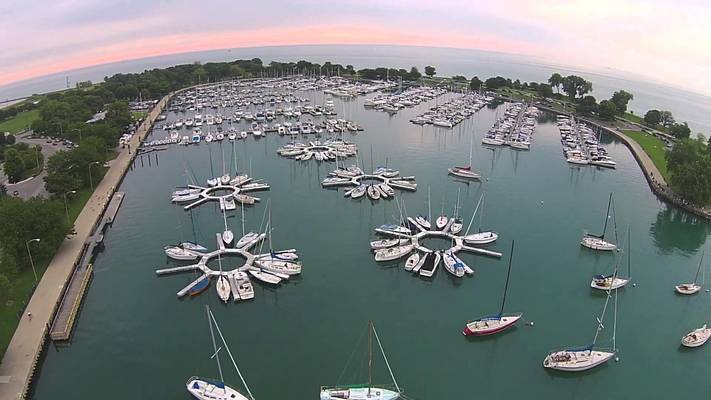 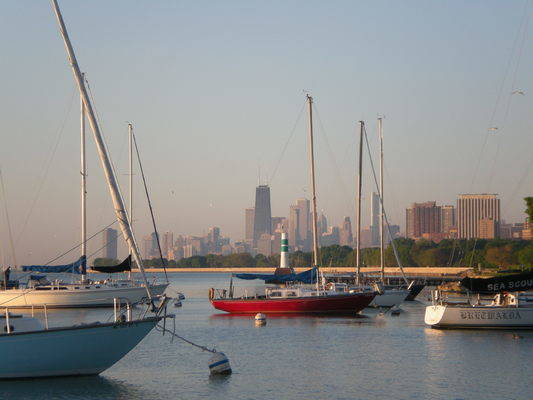 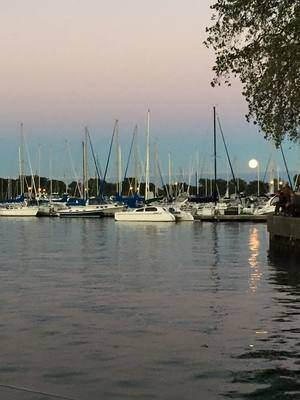 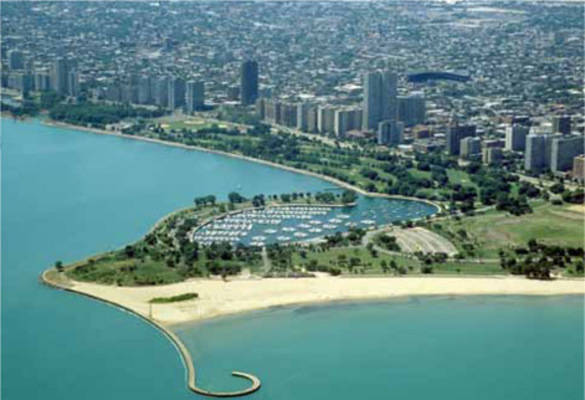 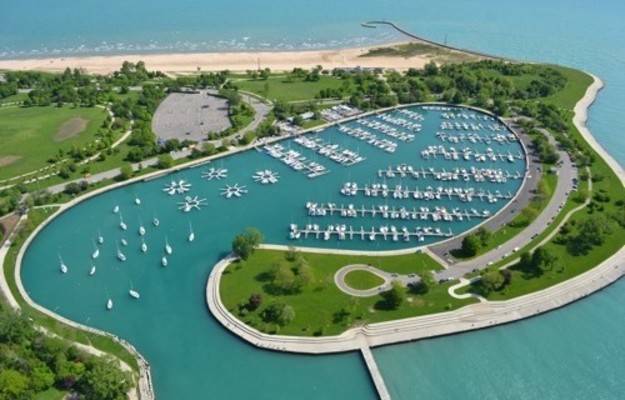