10 Reviews
Show More
This marina is unsafe until they build a sea wall. No protection. We were supposed to spend 4 night there and had to leave after 2. Had to use every line and fender on the boat to secure it and that wasn't enough. Damaged my boarding ladder and hull. The one line that was tied to a cleat instead of the pilings ripped the deck board right out. The cleats are only screwed to the deck board which are secured with regular deck screwed. At the end of the dock you can see the large cross members that brace the pilings and prevent sway were hanging and not even attached. Staff was pleasant while we were on site. We asked for credit for the two nights that we were there to help compensate for the damages. The credited one night. I would think that some goodwill wouldn't hurt. The dockmaster hasn't responded to follow up emails. The area is very nice. Hotel facilities are very pretty. If they built a sea wall and had the cleats, etc. properly secured, I'd consider going back. Unfortunately until then I wouldn't return.
Great location, Central to downtown Nassau Friendly staff, Very helpful No sea wall to protect serious waves from cruise ships North West winds make for very rough conditions
The marina is located at the Margaritaville resort. The staff were very helpful and attentive to our needs. The docks and slips are another story. We stayed for four days. During that time we experienced a wind shift from the north west which exposes the marina to the swells from the ocean. The boats in the slips experienced huge waves that tossed them four feet in the air. Having been warned by other boaters we deployed all fenders and extra dock lines to prevent damage. A few boats suffered rail damage. We will not return due to the risks. If a break water is installed this may become a great stop. At $.50/ft less that other nearby marinas we will gladly pay for the increased protection and stability.
Terrible! Awful current and exposure from multiple sides. Rocked and rolled all day and all night. Was thrown around the boat and bruises all over my body. Was not told that the marina faces directly out to ocean and commercial and local boat traffic create terrible wake 24/7. Met another couple who had made reservations for a month who also were not warned about the marina and they left after one night. Marina also advertises fast internet. Internet was nonexistent. Would not connect out to the boat slips. Only good if standing at the marina office. Definately the worst marina I have stayed at EVER in 40 years of boating. The marina should tell the truth and warn people. Our boat was also damaged from crashing against the pilings all night.
The marina is not safe for boats in with an offshore breeze. NW wind had boats with cleats ripped out. We had to spend an hour backing out of a slip with rocks too close and hitting bottom at low tide in a catamaran. Dangerous marina. Stay away.
Due to weather we wanted to stay an additional two days. Was told they would check. Went to office to confirm was told ok then they charged us for the nights. On Friday afternoon told that we had to leave Saturday
Lovely location and amenities with the Margaretaville water park and beach. Marina staff were very helpful and friendly. Very new docks and boardwalk. It can get a little bumpy as it’s close to Nassau harbour entrance and the cruise ships and tankers do their 180 degree spins right in front of the marina. So, make sure you have enough lines and fenders to ensure a good night’s sleep.
The Dockmasters, Howard and Sebastian are very helpful and smiling. The dock cleats are sometimes bolted to the deck boards rather than the joists and can pull out the deck screws, the marina has quite a bit of surge and slip C1 has a depth of ~3.5 ft at low tide so my Leopard 45 ran aground trying to go in.
Looks like it will be a great place when it is finished. Docks were nice, good shore power, and the steakhouse resturant is fantastic. The problem we had was they advertise 12’ of water at the dock but it is more like 7.5’ and we draw almost 8’ so we had to depart as we were on the bottom at low tide. There is a slight surge even with easterly weather, if it was a northerly wind I believe you would have to leave. They are suppose to build a breakwater in front of the marina. The Dockmaster’s Howard and Sebastian were great guys.
Sebastian and Howard were very nice and helpful! The docks and pool, hot tub, rec area are all worthy of 5 stars. It was advertised that there are showers and laundry. There are not. The marina and resort are still under construction. Please modify the marina amenities description to include what is currently available to cruisers.

Enjoy 41% off all dockage now until the end of March!

About The Pointe Marina

One of the main attractions of The Pointe Bahamas is its newly, strong built 40-slip, full service deep-water marina just 155 miles southeast of the Florida coast located at the western mouth of Nassau’s beautiful harbor. With 12 feet of mean low water, vessels up to 160 feet can safely berth at one of the best facilities in Nassau. The Pointe Marina is located at the heart of Downtown Nassau. Just steps away from the beautiful well-known Bahamas straw market, beautiful beaches and just miles away from great boating destinations in the crystal blue Bahamian waters! Our marina offers professional and quality service for all marina guests from our well experienced marina staff. Nothing is overlooked at the Pointe Marina. The marina offers a range of services and facilities. Boat owners’ expectations are sure to be surpassed. 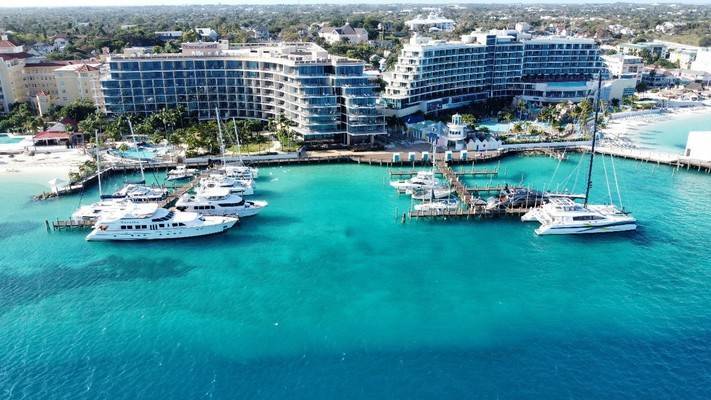 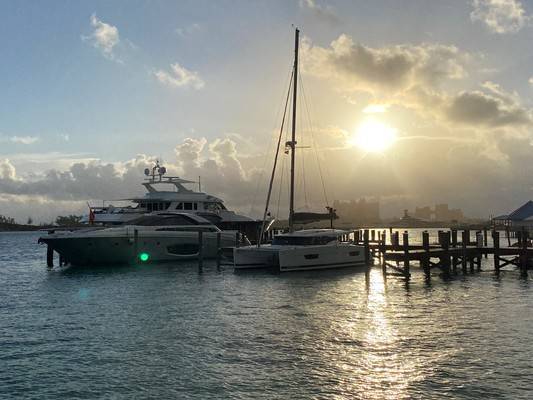 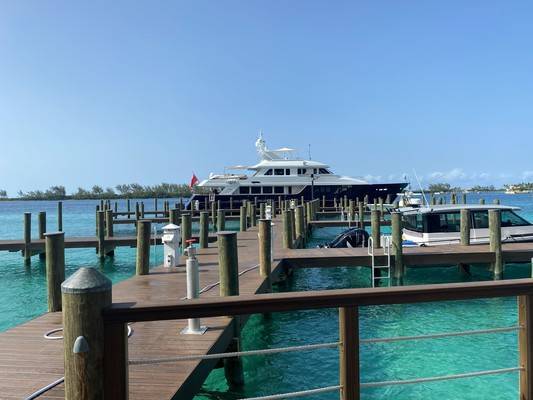 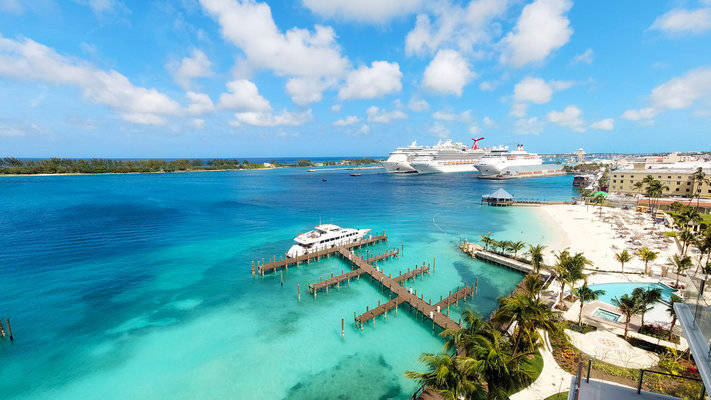 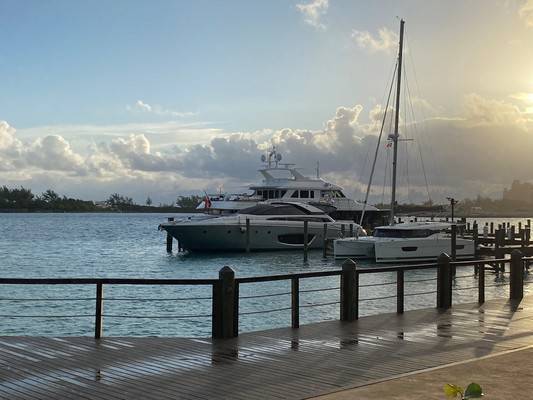 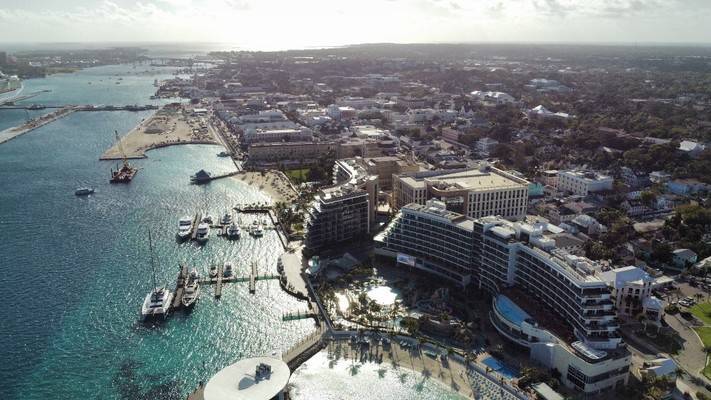 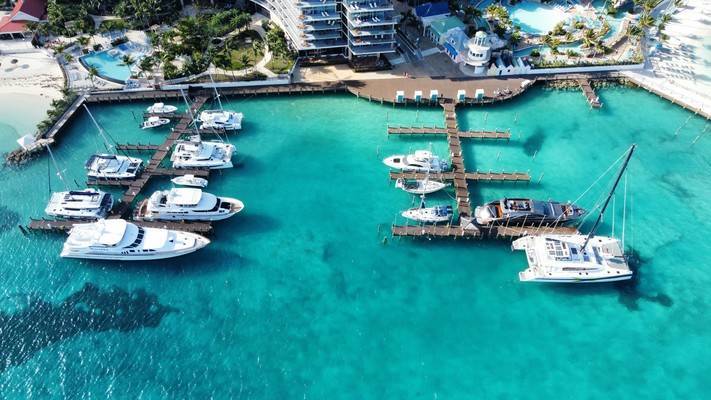 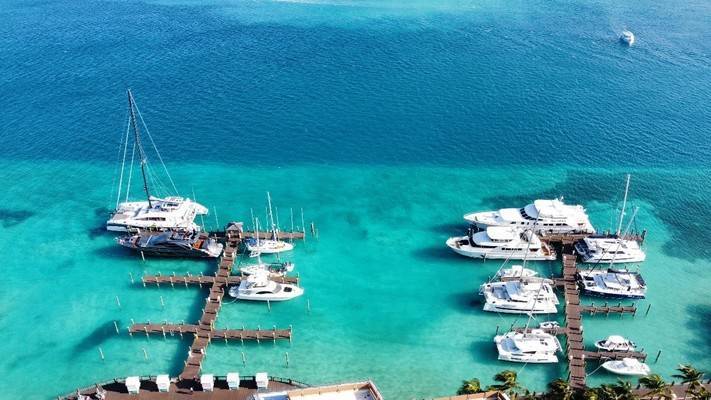