6 Reviews
Show More
This was our first stay at PYC using one of the clubs new moorings. On the positive side, the club is in the same building as the Shell and Bones restaurant. We had a fabulous meal sitting on the club deck overlooking the water. The club members were very welcoming. On the negative side, when we arrived in the mooring field we were informed that the club has no launch service. As we were the only guest they let us stay on the gas dock while we had dinner. This worked out fine but not having a launch service should be noted on DockWa. We will be back, but next time with dinghy in tow.
We stayed here on one of their moorings. Nice peaceful night, but that was the only pleasantry I have. We got in in the dark (and dead low tide) so I called ahead to get some beta on what we were looking for as far as location of balls, markings on the balls... depth. We draw 6’. As you can see on the charts, depths are super shallow around the field. “Oh yeah, we have 20’ out there. We have catamarans come here”. It was far shallower than that on our chart plotter and depth sounder. Condition of the mooring... I would not have trusted the pendant for a large dinghy! We had to run our own bridal through the top of the ball shackle. Who knows what the bottom chain looks like since the pennant was so destroyed.
Marina Response:
David, Very sorry to hear about your experience at PYC. In July we voted to invest up to $60,000 to improve our moorings and at the end of August our contractor finished the installation of state of the art Helix anchors with all new 5/8" galvanized chain. We have also ordered all new top gear but it is on backorder. I'm sorry we weren't able to install the new mooring balls and top gear prior to your visit. We are committed to attracting visitors to the wonderful harbor and city of New Haven so I'm confident that should you be kind enough to come back in the spring you will be 100% satisfied with your visit. Thanks for posting your review as that helps us improve our club. Best regards, Rick H (Board of Governors PYC.)
We had a great stay at the YC. Since they don't have marina staff available on the radio, we messaged them early to find out more details about our slip. In the end we docked at the fuel dock (easy bow-in port-side dock) and went to the bar of the yacht club to get the slip detail and key to the gate. On their website they have a good picture of the docks layout so you can plan easily. Yacht club members are really nice and helpful. I can't comment on the facilities because we use the head/shower of our sailboat.
First I will say the marina is safe and secure. The slips are well maintained. I think the drawbacks are the following: the radios didn’t work and there was no one to respond to the call on Channel 9. That being said we called in on the phone and spoke to someone in the club who told us what slip. But no one met us at the slip. We were lucky enough to have someone on the boat next to ours who said he would assist since the wind had kicked up. We went to check in and the only person who was there was the bartender in the bar who wasn’t sure about the WiFi password or the WiFi. She did find gate keys and gave us those. The website says shower facilities and bathrooms. They are outside of the locked gates and have seen much better times with respect to cleanliness and upkeep. There was an abandoned building at the top of the dock but we have no idea what that was. We were told there was a place to get breakfast but there wasn’t. There was an abandoned small building that at one time apparently a small breakfast stop but it must have been a long time ago. The restaurant Shell and Bones which is on the property was excellent we can’t say enough about the atmosphere the service and the food. There reportedly is another restaurant there on the property but we didn’t find that. There was a bar upstairs in the club room but not a restaurant. One thing I will say is that the next morning the dock master was at our boat and apologized for not being there. That was something that was a positive. But when we left no dockmen were on the dock. Also it says water gas and electric. No gas though. That was a problem. Also they say they have WiFi but NO signal on the dock. Three different WiFi’s and no signal on any of them. Overall for a stop over night while commuting or delivering a boat it is adequate. For overnight to enjoy the restaurant (shell and Bones), club bar, lounge and amenities at the marina I think there are better stops. If it had what is advertised it may have been a better stay.
Folks in the yacht club are super friendly and since it was just under 90, let us bring our dogs in while we had a couple bees.
Everyone at the dock was super helpful. Thank you for the warm stay.

Transient Power or Sail boaters are welcome to visit our 5 Star destination and enjoy the fantastic views and protected dockage. Our marina is located on the west shore of New Haven harbor and our floating docks with power and water offer a great place to stay while enjoying our Clubhouse and local New Haven attractions. Our marina offers fuel dock w/ diesel and Gas (Valtec), clean and modern bathroom and shower facilities along with coin operated laundry. Come with an appetite and satisfy you tastebuds with the delicious foods served at either of the two on-site restaurants, Shell and Bones and City Point Kitchen. If you prefer to cook your own outdoor BBQ stations are available.

With just a short cab or Uber ride you can enjoy many of New Haven's well known landmarks: Walk the campus of Yale University, Visit amazing museums like The Peabody and after all that when your appetite calls Visit a few of New Havens gems... Try the "Original Hamburger" at Louie's Lunch, or feast on the best pizza in the USA or as the Locals call it Apizza (pronounce : AH-BEETZ)! Frank Pepe's and Sally's on Wooster Street & Modern Pizza on State Street. We encourage interested transient boaters to contact the Club Office at two days in advance of your planned arrival. In addition to our floating docks we have a newly renovated mooring field available just outside of our sea wall entrance. PYC installed all new Helix Mooring Systems in 2020 for piece of mind when staying one night multiple nights or long term stays, you can rest easy knowing your vessel and equipment are safe. 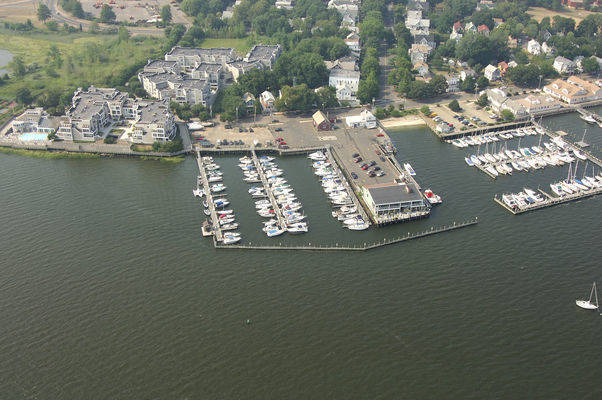 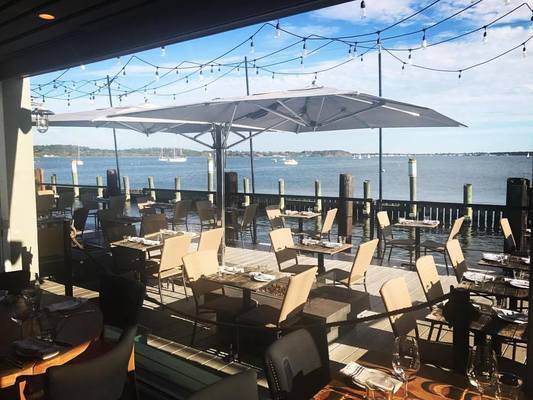 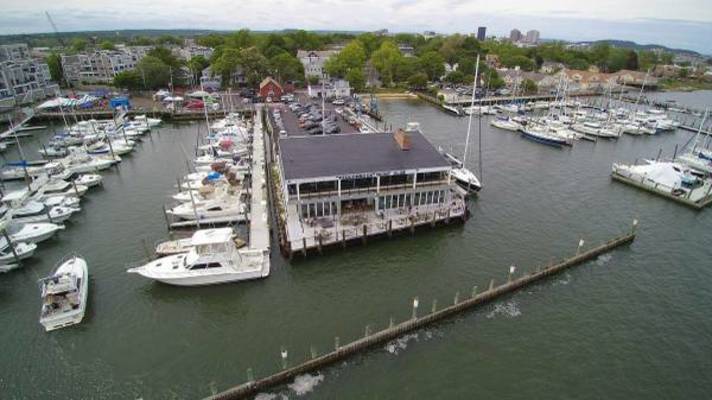 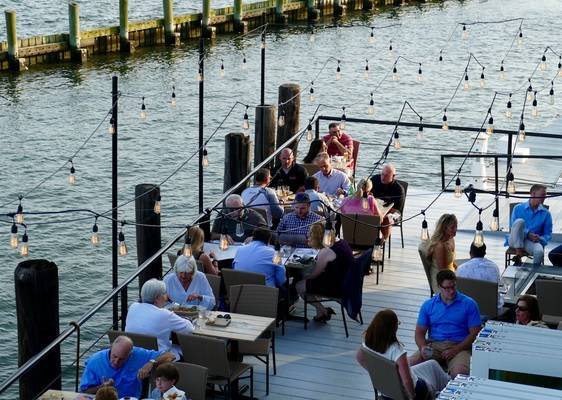 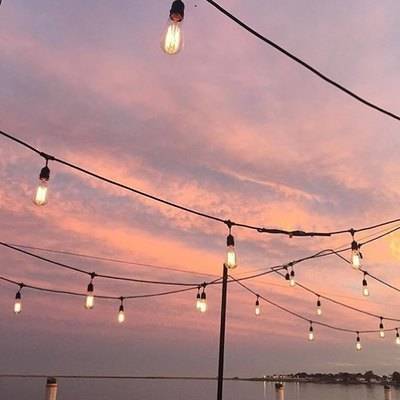 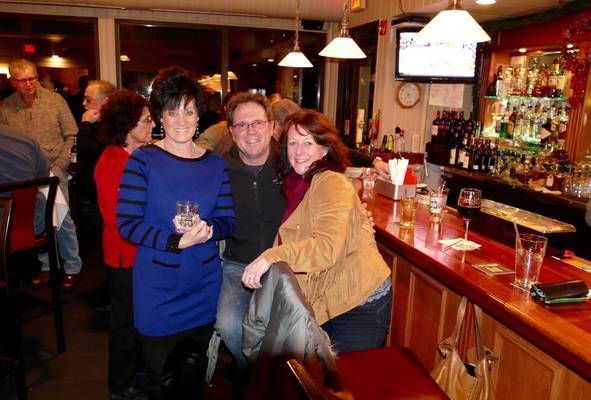 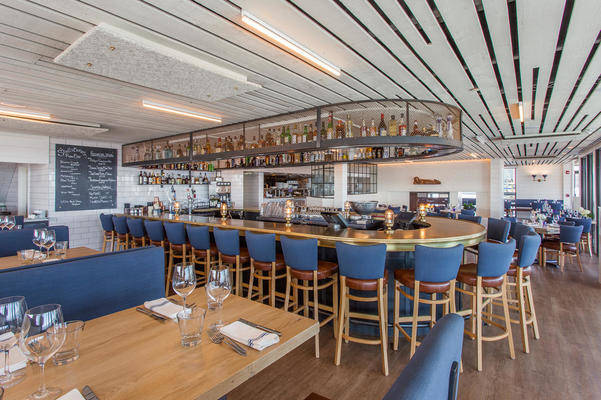