21 Reviews
Show More
We stayed on a mooring ball and had a very peaceful evening. The harbor master was helpful in helping us locate ball. We loved the town and would definitely stay here again.
Although the location was great for restaurants and bars in Bristol, we were very disappointed with our stay at the marina. Originally we booked 2 boats with the marina and received confirmation of our request within 1-2 hours. On the date of arrival, we got a call from the Marina letting us know that only 1 boat would be able to fit there at the dock, the other would have to go on a mooring, as someone had come into the marina in a larger boat and was allowed dock space. We changed our plans and brought only 1 boat. Upon arrival at the Marina, we had to ask for assistance from the Assistant Harbormaster as there were limited power pedestals working and our power pedestal was being utilized by the other boat. The assistant harbormaster came down and worked things out so that we had power. He mentioned that the other power pedestal had been broken and was not sure if it had been fixed yet. Upon coming back to our boat several hours later, our power cord was unplugged and a note was left from the other boat to not unplug their cord. As the Assistant Harbormaster had connected our cord upon arrival, we reconnected it. At this point, a “crew member” from the other boat came rushing out of his boat yelling at us. We tried to explain that we did not originally unplug him and that staff had done so; he was not interested in dealing reasonably so we attempted to call the Marina office. As it was late, there was no one in the office. The “crew member” was being arrogant so we called 911. After the police arrived and assessed the situation, they called the Harbormaster. He arrived roughly an hour later. At this time it is now after midnight. After about another hour of his trying to resolve the power connection issues, he plugged us back in, apologized for our inconvenience, and said to call him on Monday morning as he would comp us that evening for the difficulties and give us a free night next season. After calling his office a few times, I was able to speak with him. He offered both of the boats a free night next season, but said that he was unable to comp us as previously offered for that stay. We have visited many different marinas over our years of boating experience and we have never experienced such a poorly managed facility.
Bristol is a great destination, the Herreshoff museum a must see, and many restaurants to chose from. The maritime center is good for showers. Just be careful at the dinghy dock at low tide.
Beautiful harbor and town. Must see Herreshoff and America’s Cup Museums.
There is a lot to see and many wonderful places to dine. Dog friendly community. Mooring was secure, dinghy dock had plently of room. Will make the trip again!
Town moorings are directly off downtown, which is fine if you don't mind listening to live bands and dj's at night, or being close to the ferry. Launch service must be obtained through a separate company, namely Bristol Marine. Simple amenities are available inside the maritime center building, such as coin-operated showers and laundry.
After a little co fusion about where the mooring was located in the harbor we got secured and went ashore. Showers, laundry, pump out all good. Mooring are off town ferry dock which is conspicuous. Dinghy in to dedicated dinghy dock near small park.
easy to find mooring....harbormaster was raised on vhf and cell and it was quick and simple. Mooring was fairly close to the south dinghy docks.
Very nice location and quaint area to explore. The Herreshoff museum is well done, if you like sail boats. Great restaurants. Nice relaxed vibe compared to Newport
Great stay! Hospitality and facilities are great at the Bristol Maritime Center. As with other reviews, it was a bit choppy with a good southerly breeze. Not uncomfortable at all. There is no commercial launch service. There are two dinghy docks with plenty of room to access different parts of town. Great for walking dinning and shops. Bristol by water is a great alternative in Narragansett Bay. Due to the lack of yachting promotion it's a gem for boaters.
Location is a bit exposed and winds will whip up wave action. There was no launch service and we didn't pay attention to that - use our dinghy. Otherwise, Bristol is an awesome location and great bars and restaurants.
People were great. Facilities were well kept. The dock is wide open to the harbor, so not a lot of protection.
Jennifer and the harbor patrol crews were great!
Very nice mariner facilities. Plenty of dining options within walking distance of the dinghy docks.
Mix up with the reservation but it got straightened out.
Very good marina and staff. Improvement needed on internet service at transient dock.
You make it very easy to get a mooring
Town is great, marina staff was friendly and informative, docks are dated,
A very pleasant surprise. First time in Bristol. There is a lot to do. If Newport is busy, Bristol is a great alternative. Lots of live music and great restaurants. Very boater friendly, but no fuel.
The "slip"we were promised turned out to be an outside floating dock completely exposed to the fetch from Narangansett Bay coming into Bristol Harbor, so it was completely unacceptable because of the wave action. We opted for a mooring which was so far out that is was very uncomfortable. I would NEVER recommend Bristol Harbor to anyone. The "harbormaster" was off on vacation or "gone home early" in the middle of the weekday in August! WHAT A RIPOFF.
Good mooring tackle, rolly with prevailing southerly winds.

About Town of Bristol Marina and Maritime Center

Bristol Harbor offers some of the most beautiful sights and attractions in all of northern Rhode Island. Our town docks are only a short walk away from countless historic shops and restaurants right in the heart of Bristol. With plenty to see, you're guaranteed to enjoy your stay here in Bristol Harbor. Along with being only a short bike ride from the Herreshoff Marine Museum, guests from all over come to enjoy the oldest Fourth of July parade in the country! Whether you're staying on a mooring or at the town dock, Bristol has plenty for you and your family to enjoy and excellent time in town!

Day Trip - Dockage: Up to 4 hours = $10 an hour (beyond that, you will be charged the nightly rate for dockage)

New in 2020: - Electric will be charged separately from your dockage bill. Please remember to select the electric option you need during the reservation process 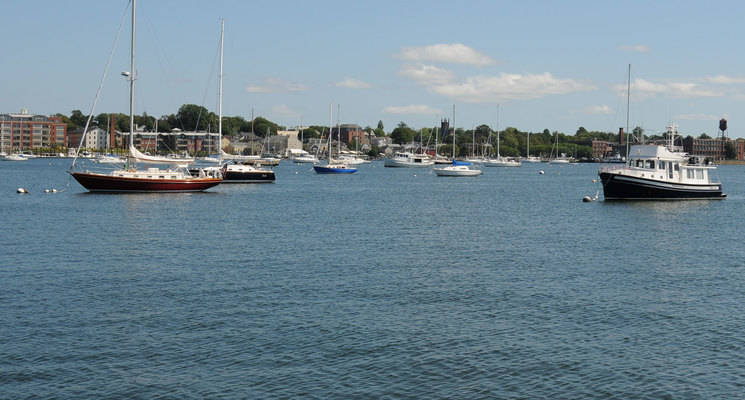 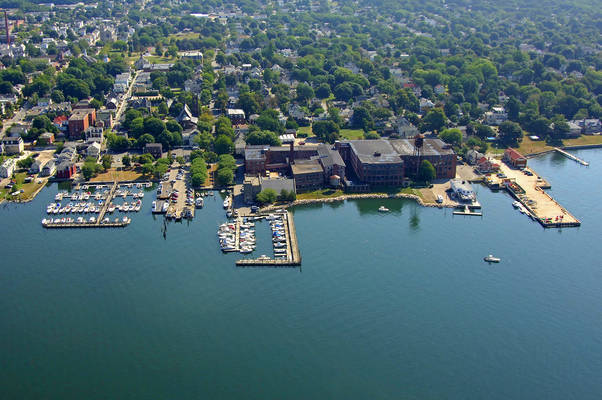 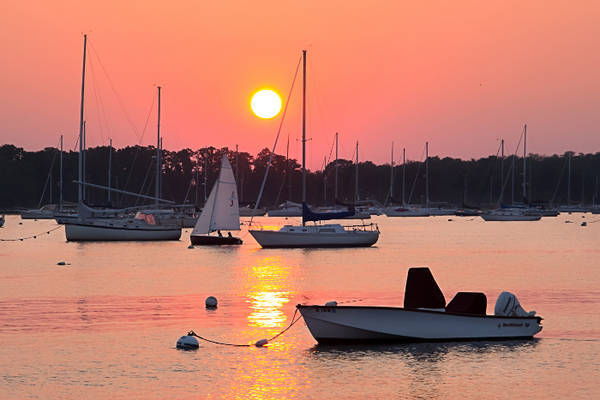 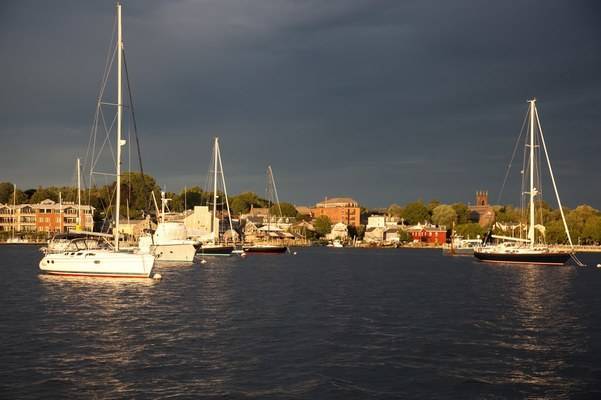 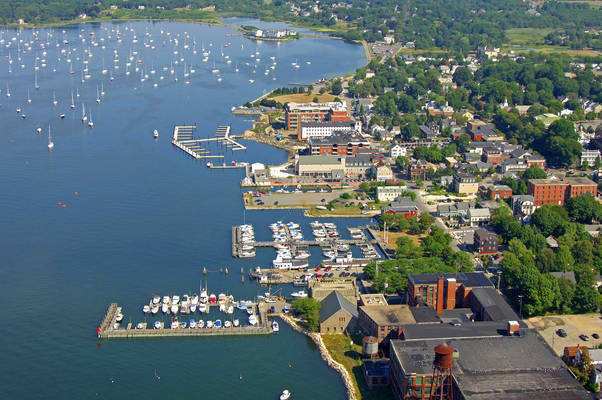 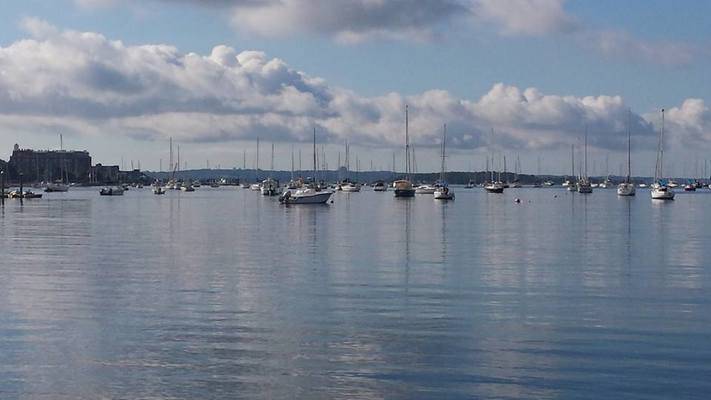 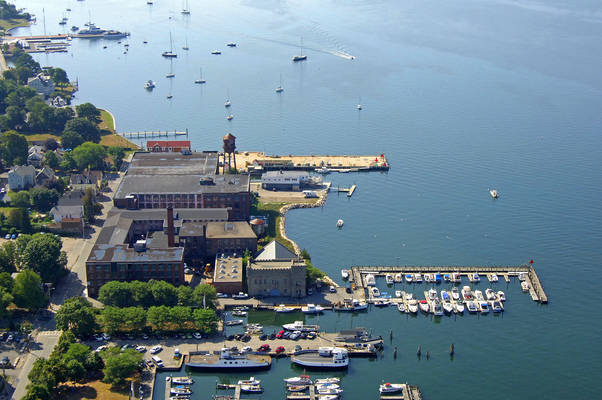 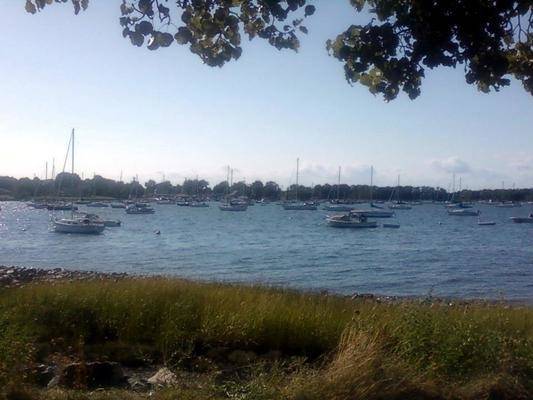 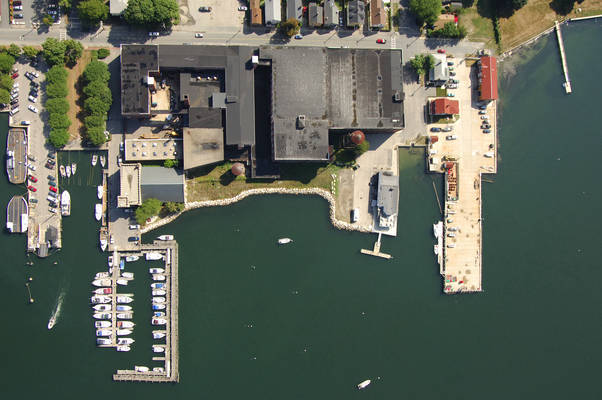 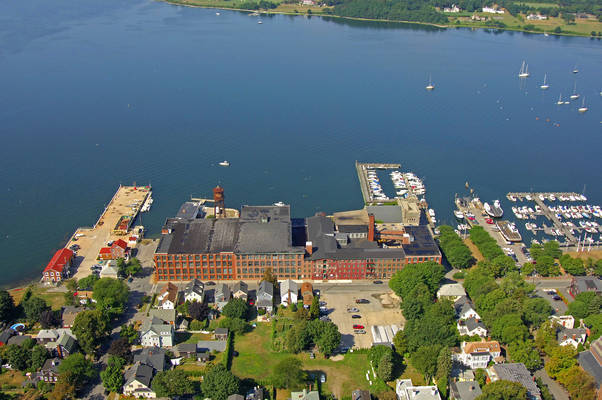